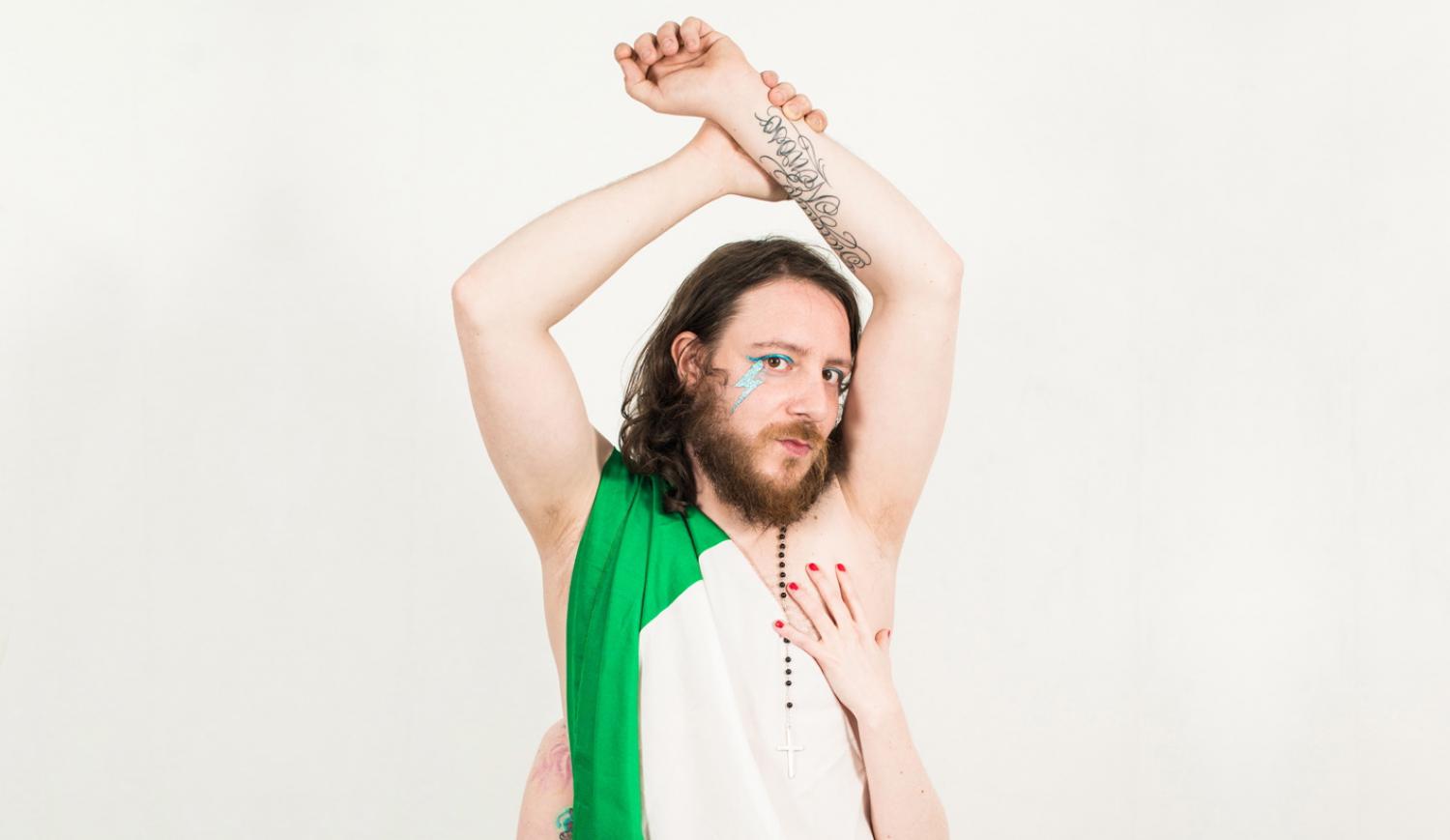 If Marc Bolan and Mick Jagger had ‘got it on’ in the 1970s then Romano Nervoso, the self proclaimed Godfathers of Spaghetti Rock, is probably what their love child would sound like. Consisting of two of the original members of Hulk - Giacomo and Mathieu - and with Luca “DJ Highbloo” on drums, makes Romano Nervoso a force to be reckoned with! Think Tony Manero meets Rocco Siffredi with a mix of Starsky & Hutch, shaken not stirred…and on the rocks! Since bursting onto the scene in 2008, the band has been tearing up the live music scene full speed ahead and shows no sign of slowing down! So far the VK, the Botanique and various other venues have all fallen under Romano Nervoso’s spell. Bands such as Electric Six, Band of Skulls and Skip the Use have begged them to be their opening acts and Jaques De Pierpont has given his seal of approval with unlimited airplay. The English can’t get enough of them and even the French have caught on. With a sneak attack planned for Italy in 2011; you can bet your bottom dollar that musical world domination will soon be on the cards. Their first EP, Un-Tuned, opened up a floodgate of media and public interest which allowed the band to spread their wings and a string of gigs across Europe ensued. Living by the mantra “Love Your Mommas”, it makes perfect sense that this was the release title of the bands second EP. Fast forward to the now and Romano Nervoso’s eagerly awaited debut album Italian Stallions, distributed by PIAS, is knocking people off their feet, pealing the wallflowers from off the walls and enticing them all into the spirit of rock & roll. If you like your music with a healthy dose of Bolognese, look no further because these are your boys. Now, who wants seconds? written by & © Jayne 3000